This is our first mobile application. Currently only available for Android, in two different versions, although it is planned to release it for iPhone and iPad too.

It is a maze solving game, targeted for children but also enjoyable by teens and adults of all ages, thank to the different difficulty levels and the unlimited number of mazes, all generated with an algorithm, that make it virtually infinite.

The other one is Maze Break-Out, just the same application but with a price of 1€ or the equivalent amount in your currency, and this one does not include ads of any kind. Just like the previous one, this is also available from the Android Market to the left of this paragraph.

The way the game works is quite simple, just drag the ladybug from the starting point to the flag in the opposite corner, taking care of not going by closed passages. You may notice that it is not necessary to point your finger just on the ladybug but you can drag from anywhere and the ladybug will follow your movement.

And here are some screenshots from the game where you can see three of the five difficulty levels available in the game. 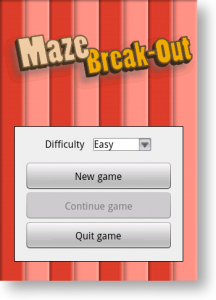 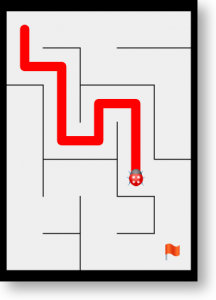 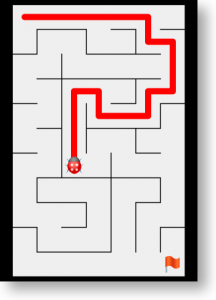 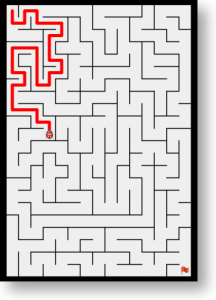